Mobile games through the years

Mobile games through the years 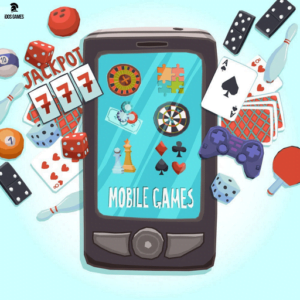 Today we will tell you about the most significant games in the mobile gaming industry. And there were quite a few of them, almost everyone spent a lot of time pressing buttons on their stylish mobile phone. After a while, the phones became the same type, namely in style. But one thing hasn’t changed, and that’s the user’s love for mobile gaming, which has become incredible over the years. Get comfortable, we’re starting our broadcast.

So, the very first game came out on.. Nokia you thought? No. Maybe Siemens? Also no. The name of the model that we will now name will not tell you anything – Hagenuk MT-2000. Yes, they used to show creativity even in the names. Tetris, one of the most popular games of the nineties, was installed on the MT-2000. And simple enough that the device can pull it. In addition, Tetris played quite comfortably on a monochrome display. Hagenuk came out in 1994 and was the first phone with the game.

Gradually, the hardware developed, the phones decreased in weight, their screens increased, and the idea of ​​creating projects for mobile devices seemed more and more attractive. Pre-installed games are, of course, good, but what if the user wanted to play something new? Not to mention third-party developers who wanted to create games for phones, but rested on the impossibility of distribution.

This problem was solved with the help of WAP — a wireless data transfer protocol created specifically for mobile networks by Ericsson, Nokia and Motorola. Thanks to them, browsers have appeared in phones that allow you to download additional data, and developers have the opportunity to deliver games directly to users. One of the first phones with a WAP browser was Nokia 7110s in 1999.

The ability to download new games to the phone has opened the way for third-party developers who are not associated with mobile device manufacturers. One of the first striking examples is the Alien Fish Exchange from nGame. It was a tamagotchi—style game in which the player had to grow and cross fish to breed new exotic species. And by connecting to the network using WAP, you could sell and exchange your pets, as well as watch the world leaderboard.

Games via WAP were limited due to the instability of the connection, so multiplayer was often only a step-by-step mode. Also, the 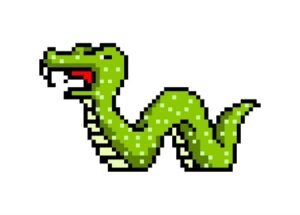 industry was in dire need of a single standard, a common development environment – for the convenience of creating games for phones from different manufacturers.

In 2001, at the JavaOne conference in San Francisco, a prototype phone was presented,  which used a lightweight version of Java, called Java 2 Micro Edition or simply J2ME. The Java environment allowed developers to create graphics with fast-moving sprites – finally, games were able to get away from the turn-based system and make games more dynamic.

In 2003, Jamdat Bowling appeared – a bowling simulator in which it was necessary to press the buttons in time to set the ball speed, direction and force of rotation. Simple controls, nice graphics and animation delighted people – no more was needed from mobile games of that time.

More about other games we will tell you in next part.