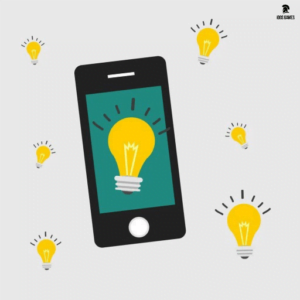 An idea is like a virus. Resilient. Highly contagious. And even the smallest seed of an idea can grow. It can grow to define or destroy you.

Did you find out where this quote came from, do you know who the author is? Hint, this director is often hailed as a genius and also often reviled for the third movie about the guy in the black coat. You probably guessed it, yes, this is Christopher Nolan with his film Inception. Very interesting thought, isn’t it? And he’s right.

Let’s talk about the idea. If you have an idea to create a game, then you need to start with an idea. As we said earlier nothing new in this world anymore. Developers, studios, gamedevs have launched and implemented countless games. You need to think carefully to come up with something really unique and original.
It is not necessary for the idea to be related to the plot, this is an erroneous opinion. Let’s say we remember games like Way Out or It Takes Too. These games need to be played by two users at the same time, otherwise the game simply will not be played. Yes, the idea is not new, but the creators managed to correctly present it. Also interesting mechanics and gameplay, which allowed players to solve problems with interest, look for solutions during the mission. Users did all this in conjunction, and this was the feature of these projects. As a result, Way Out became a big hit in the gaming world, and It Takes Too was the game of the year. An absolute success, but the Way Out ending still left wounds in my heart.

And the main mobile game of last year, Genshin Impact, became super popular thanks to its scale. The scope of the game is truly amazing. Fans have never seen such a well-developed universe, well, probably never. So far, we have to admit that there are practically no other games of this kind on mobile devices. After all, where else can you admire the lights of fireflies on an endless field, jump with a glider from the highest tower, watching roads and camps flash under your wing, run along the old city pavement, climb into fantastic dungeons – and all this not alone, but with friends !
You can play not only with the plot or with the narrative, but thoroughly take on the setting, the world, characters, gameplay, mechanics, etc. It is always possible to be a leader in another field. 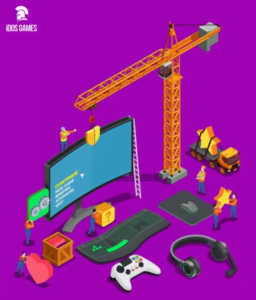 And you can also take a familiar plot as a basis and present it in a creative skin.
Like for example the modern genre – Battle Royale. Now there are a lot of them. LOTS OF. But everyone at least tries to add their own chip so that their product is different from everyone else. The developers understand that this genre dominates and is the top among the players. And so they take on such games, but they emphasize the distinctive elements.
Let’s say in the game FREE FIRE the player can go down to the ground on a snowboard. Cool in fact, this is already a distinctive element. PUBG has chicken and a frying pan.
Fortnite has a different setting, where the action takes place in a fictional universe where Banana and Dwayne the Rock Johnson walk. All these games have the same genre. And if you go into details, you can understand that this is where all the similarities end. Each of them is good due to its cool features.
The idea must touch every aspect of production!