If the first thing that came to your mind after you heard Staking was some degree of roasting, then this section is especially for you. Keeping abreast of all the events, technology is difficult. But don’t worry, that’s what we’re here for.

We are glad to see you in the CryptoLego section and recently Staking has become available to us. And today we will figure out what it is and how it works.

Staking is one of the passive income from cryptocurrencies based on the PoS algorithm. The process of staking tokens is similar to a bank deposit with interest.
And then a logical question arises from you. “What is PoS?”.
PoS stands for Proof of Stake. This is a mechanism in which the rights to generate new blocks, to verify transactions and add them to the blockchain according to a specific algorithm, are played between computing nodes, of course, taking into account how much coins of a particular blockchain they own.
Nodes are computers connected to the network and ensuring its functioning. To be precise, nodes are software that allows you to interact with the network. Nodes perform an important role in the blockchain, namely the confirmation of transactions and blocks, the validation of blocks, and thus ensure the security and uptime of the network.

Under the most basic scheme, the node that owns 1% of all coins in circulation gets the right to process 1% of the blocks, and for its work receives 1% of all network rewards. But, in many cryptocurrencies, the period of ownership of coins is also taken into account, as well as other factors.

One way or another, staking is getting the same reward for producing new blocks and verifying data using your share (native coins).

The process of mining new blocks in such networks is called forging. Anyone can become a validator. To do this, the user simply needs to buy a cryptocurrency and hold it. PoS validators are selected based on the number of coins in the system – in the stake. The more tokens a user invests in a stake, the more likely they are to become a validator. That’s how everything works.

Users who have locked their tokens (holders) can unite and form a staking pool. Participation in the pool increases the likelihood of being selected as a validator.
As a rule, participation in a staking pool takes place if the blockchain network has a high threshold for entry – technical or financial. Most pools require complex setup and maintenance. Therefore, pool providers take a percentage of the remuneration. 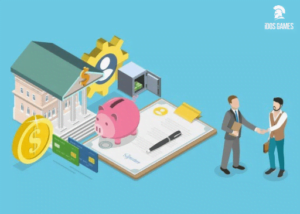 Cryptocurrency staking methods.
As already mentioned, to receive a reward, it is enough to buy a cryptocurrency and hold it. You can “invest” tokens on major cryptocurrency exchanges (Binance, Kraken and KuKoin) or on decentralized exchanges (DEX).
As an example, staking on Binance. The exchange offers two types of staking – fixed staking and DeFi staking.

Gradually, staking cryptocurrencies is gaining more and more popularity. In the future, this may affect the lowering of the threshold for entering the cryptocurrency ecosystem. Already now you can become a part of something bigger through Staking.